Take a new spin with your promotion and keep the fun going with Custom Yoyos. Economical or flashy, we have the perfect yoyo for you. Our selection of YoYos make delightful giveaways at tradeshows, fairs, school events and festivals!

Kids and adults alike know the joys of yo-yos. A trinket that's been around for ages (since around 500 B.C. to be exact!) these classic toys are a novelty that are well-known all around the world!

It is believed that yo-yos most likely originated in China, but the first historical record of the yo-yo comes from Greece, on a vase painting which displays a young boy playing with a yo-yo. This painting is over 1,500 years old, proving that yo-yos have indeed been around for a long time!

There are a number of historical records showing the use of yo-yos, both as a toy and as a practical item, throughout the ages. Sixteenth century hunters in the Philippines hid in trees and used a yo-yo like item, a rock tired to a long cord, to throw at wild animals beneath them, for example.

It was during the 18th-century that the yo-yo became popular in the west, where it was known by a number of names. In Britain it was called a bandalore or quiz, and in France it was known as an incroyable, coblentz, and joujou de Normandie, the name which some credit for the roots of the modern American name, yo-yo.

The first recorded reference to any type of yo-yo in the United States dates back to 1866, when two men from Ohio received a patent for an invention featuring a yo-yo like design. One year later, a German immigrant named Charles Kirchof patented and manufactured a similar invention, and from then until 1911, various patents were awarded in the United States for designs resembling a yo-yo, though nothing notable ever occurred.

Meanwhile, back in the Philippines , they were becoming experts at making the toy, and in the 1920s, a man named Pedro Flores brought the first Filipino yo-yo to the United States. In 1928, the first U.S. yo-yo manufacturing company opened, and the rest is history.

Today, yo-yos are one of the most well-loved, nostalgic toys there are, which is why promotional yo-yos make such fantastic marketing tools. From the basic spin to "walking the dog," everyone has a good time with yo-yos. Instantly become your customer's favorite new brand by handing out custom yo-yos for your next promotion!

Get started online now, or call us today. Our team of friendly printing experts look forward to serving you with all of your promotional product needs! 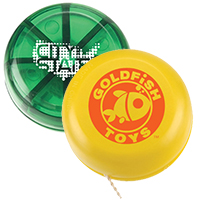 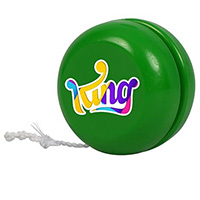 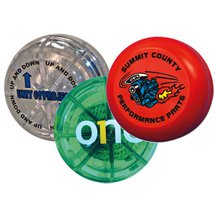 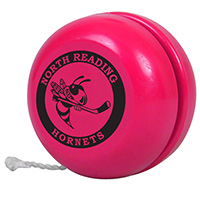 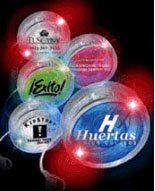 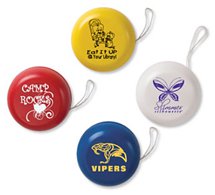